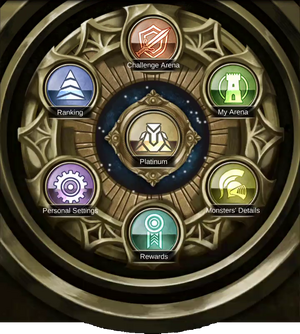 See also the Arena Trials for additional information and the comprehensive A Full Guide and Explanation to the Arena (ToS Version 15.1 Update) Guide on the TOS Forum.

The following is a list of available defense skills. Arena Conquerors can set a personal team for defense (only one Monster can be selected in each category of Defense Skills).