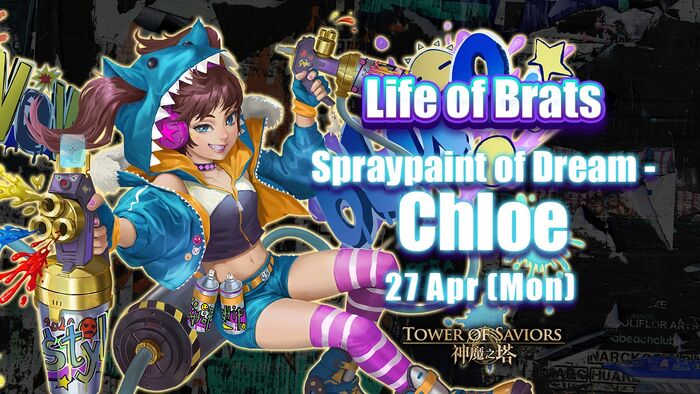 First time clearance of Diminishing Freedom - Adv. is rewarded with

Little Chloe: Mommy, daddy, why are the people gathering on the street?

Little Chloe: Why does everyone like painting on walls?

Chloe’s Father: That’s because the paintings contain their thoughts. We can share our beliefs and express ourselves through wall paintings.

Chloe’s Mother: In this town, wall paintings are the reflections of our livelihood.

Guard: Cover up all the paintings! Anything disrespectful to the governor shall not exist!

Chloe’s Father: What’s your ground? It’s always been our way to express our thoughts!

☆ Leader and Ally are God

Chloe: Mommy, are they gonna arrest you like they did to daddy?

Chloe’s Mother: Chloe, just hide in the closet. Promise me not to come out no matter what happens later.

Guard: This woman spread rumors through paintings. Arrest her!

Chloe: Dad, mom...I will save you. Just hang in there…

Retrieved from "https://towerofsaviors.fandom.com/wiki/Artistic_Uprising?oldid=175458"
Community content is available under CC-BY-SA unless otherwise noted.