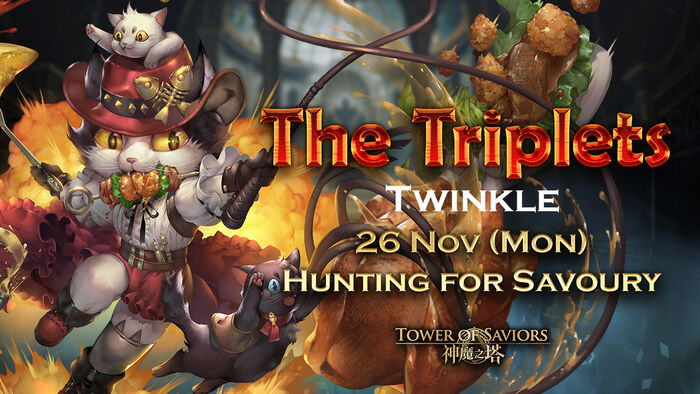 Twinkle: Biggie told us to find a new job that could make good use of our talents. But I can’t think of any suitable job besides eating.

Twinkle: Woah, something covered my eyes...Job ad? It says that mystery shopper is needed. Isn’t this just right for me?

Twinkle: Yeah! From now on it’ll be all about eating!

Twinkle: Carbonara, ribeye, cheese burger, all are my favourite! This job is meant for me~

Twinkle: I haven’t been this full since forever. Time for dessert!

After a Great Feast - Advanced[]

Boss: Twinkle, got back from work? Remember to finish the report.

Boss: Twinkle! What kind of report is this? It was all about the food. What about the service attitude? Restaurant’s hygiene?

Twinkle: “The happy days were short. But I’m contented with the great feast”

【After Battles】
The boss stopped the leaving Twinkle, and handed her the bill of that feast, telling her that she could only leave when the payment was settled. Turned out Twinkle was only allowed to order one dish, but she ordered all the food in the restaurant.