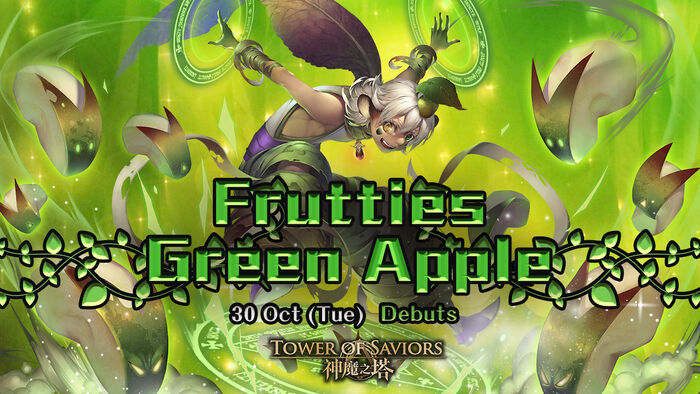 Order in the Past -Basic[edit | edit source]

???: From now on, you’re responsible for this orchard.

???: Understood! I won’t let you down. I’ll take good care of this place, waiting for you to come back.

???: Oh, the fruit is huge and juicy this time. I can’t wait this good harvest.

Sleeping Green Apple: “I like his singing voice. I really hope I can tell him…”

Sleeping Green Apple: “Don’t cry. I’m here! I want to get out! I can soothe his loneliness. Who can help me, please!”

???: “...I hear you. You’ve absorbed enough power these years. Let me help you, and relieve his pain on behalf of us.”

☆ Leader and Ally are human

Green Apple: Ah!! It hurts! Can’t those geezers be gentle!?

Green Apple: I am Green Apple, an elf. From now on I’ll be with you everyday. So, you’re not alone anymore!

Retrieved from "https://towerofsaviors.fandom.com/wiki/Elves_in_the_Orchard?oldid=186837"
Community content is available under CC-BY-SA unless otherwise noted.