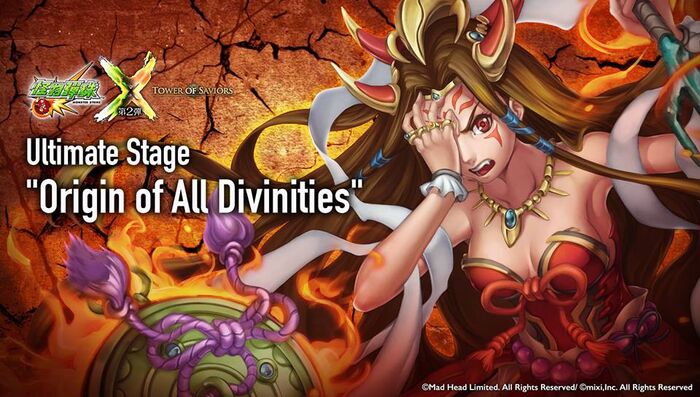 First time clearance is rewarded with

Summons from the Land of the Dead

The envoy from the land of the dead summonses our Summoners to a secret mission! During the event period of Ultimate stage "Origin of All Divinities" Jun 5 (Fri) - Jun 6 (Sat), as long as the number of stage clearance from Summoners around the world have reached the specified times, the Summoners who successfully cleared the stage will receive a generous rewards! Be well equipped for this challenge y’all!

Goddress of the Land of the Dead - Ultimate[edit | edit source]

Retrieved from "https://towerofsaviors.fandom.com/wiki/Origin_of_All_Divinities?oldid=129555"
Community content is available under CC-BY-SA unless otherwise noted.