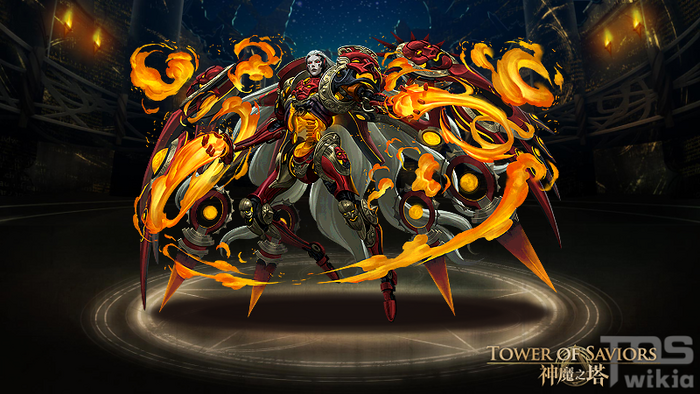 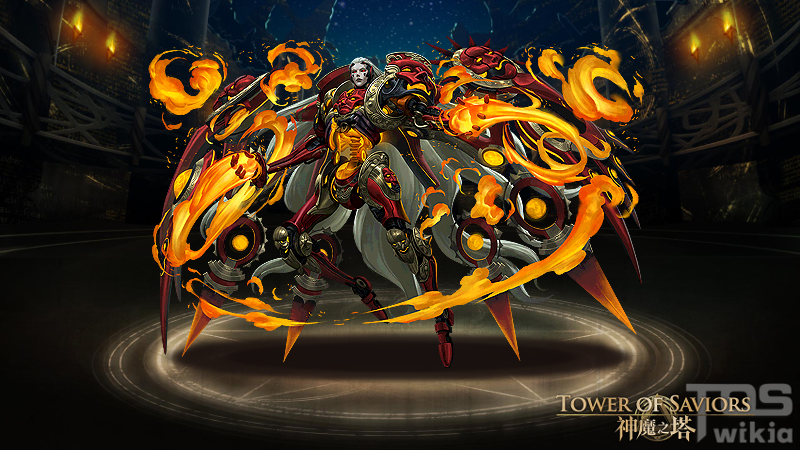 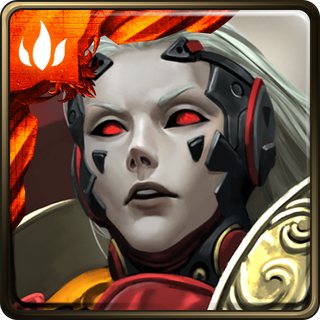 Frontiers of Tricolor Siege
Turn all Runestones into Enchanted Water, Enchanted Fire and Enchanted Earth Runestones of fixed numbers and fixed positions. Damage will be dealt to enemies regardless of "Puzzle Shield" for 1 Round.

Fire of Extermination
Fire Attack & Machina Attack x 4. If the same number of Water, Fire and Earth Combos are dissolved in the Round, each Machina launches an extra attack of its Attribute as much as 50% of its attack.

Condition:
There are 2 or more 【Machina Dynamics】 Members in the Team.Team Skill:
◆ Heart Runestones also possess the effect of Fire Runestones. 6 random positions will be locked every Round; if the Runestone at a locked position is dissolved, "Rampage of Doomfire - Pompeii" in the Team launches an extra Fire attack as much as 40% of its attack, to the max 6 extra attacks (each position will be counted once only).

◆ For Machinas with Active Skills that have reached the maximum Lv. of which CD is 8, Active Skill CDs of the Machinas -2.

Condition:
Both the Leader and Ally are

Condition:
Both the Leader and Ally are

, with 3 or more Machina in the Team.

Anubis the Jackal of Life & Death

Fealty of the Amazon - Mesopotamia