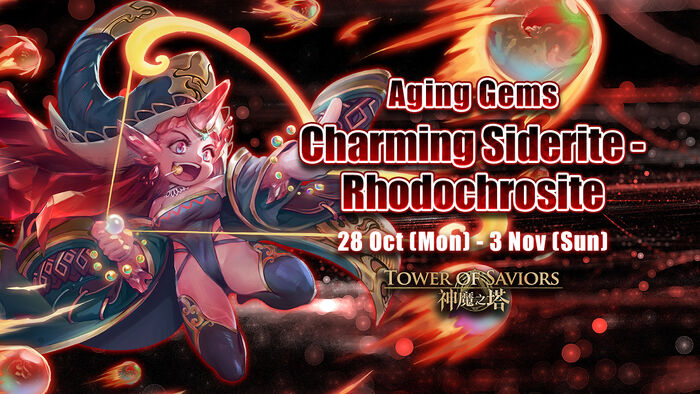 First time clearance of Hidden Discontent - Advanced is rewarded with

Student A: Em? Teacher, what’s that shiny thingy on your hand?

Rhodochrosite: Mind your own business. Everyone open the textbook——

Student B: Are you engaged?

Student C: With whom?

Rhodochrosite: Sigh...with Mr. Aquamarine. Are you satisfied yet? Let’s begin.

Rhodochrosite: “Seems Aquamarine is about to finish his class. Let’s go find him.”

Aquamarine: You told our engagement to the students, didn’t you? I thought we agreed not to tell anyone yet?

☆ Leader and Ally are Demon

Rhodochrosite: Yes, but I have no choice. They are very nosy about me. Anyways, our marriage isn’t a bad thing to tell after all.

Aquamarine: You——you’re getting too close with your students. This will only make you forget what a teacher should properly behave. One day you may suffer from your own cause!

Rhodochrosite: How I want to treat my student is my own business. It has nothing to do with you okay!? Excuse me please, Mr. Aquamarine!

Retrieved from "https://towerofsaviors.fandom.com/wiki/Teachers’_Quarrels?oldid=178824"
Community content is available under CC-BY-SA unless otherwise noted.