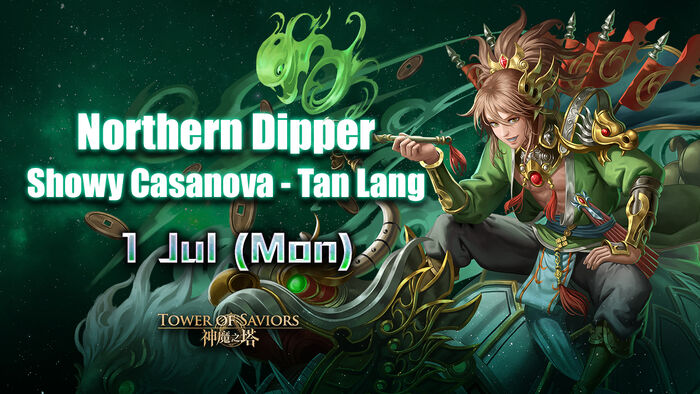 First time clearance of A Hole on Pants is rewarded with

Mediocre Girl A: Tan Lang baby, am I pretty?

Tan Lang: Of course honey. Your lips look so tempting that I wanna bite it.

Mediocre Girl B: Tan Lang baby, what about me?

All Girls are Cute - Intermediate[]

Lü Dongbin: I’ve received a complaint about your indecent behavior, flirting with girls in Heavenly Kingdom. I’m here to investigate...Looks like the complaint is true. What’s your explanation?

Tan Lang: Aw, all girls are adorable. Why shouldn’t I love them? They were being too rigid. Am I right?

Girls: Tan Lang is right. Those Xians are just jealous.

A Hole on Pants - Advanced[]

Lü Dongbin: Although you don’t have to cut off all your desire in Heavenly Kingdom, it’s against our rules if you’re obsessed with it. As a senior I must guide you to the right path. You’ll be practicing with me.

Tan Lang: Sigh. That’s it then. I guess we’re departing for now, my ladies.

Meanwhile a strong breeze came in, lifting up Lü Dongbin’s jacket. A hole on the pants near his butt was revealed.

Tan Lang: Whoa, thanks for the lecture, Mr. Lü. You’re so wild that you’ve your pants ripped open.

Lü Dongbin: Shut up! It was from a dog bite!

☆ Leader and Ally are Demon

☆ Team consisting of only Human members

【After Battles】
The gaze of the girls changed to disdain and disgusted drastically.

Lü Dongbin: Hey, wait! Don’t go away! This is a misunderstanding! HEY!

Yet the girls never looked back no matter how many times Lü Dongbin had yelled. Very soon, the rumor about Lü Dongbin and dog went viral in Heavenly Kingdom…

All Girls are My Honey - Elite[]