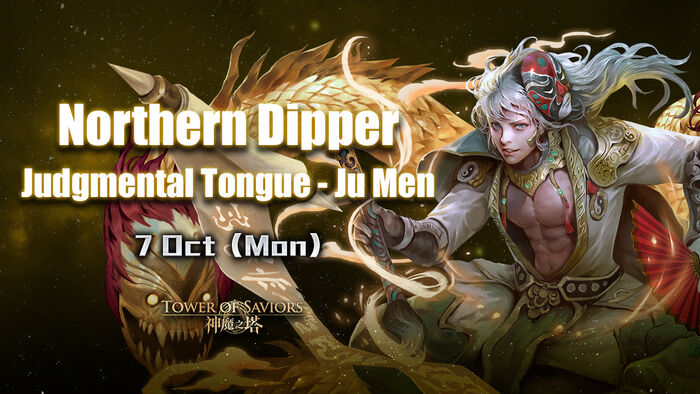 First time clearance of Restrained Xian Energy is rewarded with

x1
First time clearance of Butterfly Out of Cocoon

Kicked out of the House - Basic[]

Ju Men: Finally found you, Zi Wei. Your constellation record is still messy like before.

Zi Wei: Shut up and get out!

Ju Men: Humph! I just want the best for the Northern Dipper——Whoa!

Ju Men, too focused on his whining, almost tripped by an obstacle in the middle of the road. Luckily he reacted in time and kept himself from falling.

Ju Men: Darn it! It’s dangerous to lay down here. You almost tripped me!

Lan Caihe: Just because you didn’t pay attention to the road.

Ju Men: You——How dare you pin this on my head! I’m gonna pull you up with Xian energy!

Ju Men: “What happened? How come he could pull me down when I have already applied Xian Energy...Who is he?”

Lan Caihe: Be patient. I just need one more moment.

☆ Team consisting of only Demon members

Butterfly Out of Cocoon

【After Battles】
Yet Ju Men’s effort went in vain, no matter how hard he had struggled.

Ju Men: “Does that mean he only laid on the ground to protect the cocoon?”

Lan Caihe: Don’t jump to conclusions. Sometimes what you see isn’t the truth, for the world is much more complicated than you think. Remember to be patient, listen and think twice before you judge.

Lan Caihe departed after leaving the words to Ju Men…