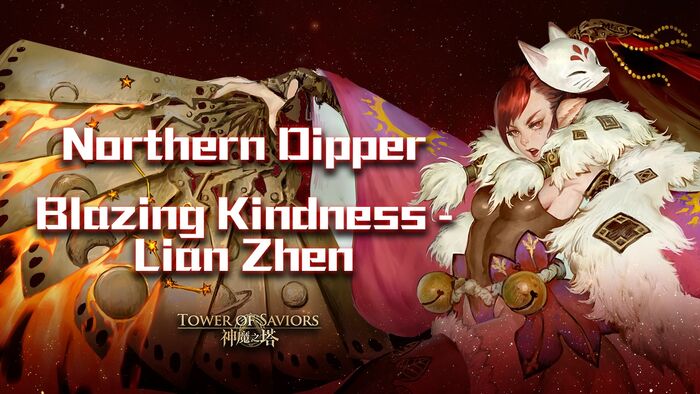 First time clearance of Unexchanged Gaze is rewarded with

【Before Battles】
Lianzhen, one of the seven Northern Dipper, was working on her flame attack with her metal fan, while Zhang Guolao ran into her practice.

Zhang Guolao: I thought the new generations are all idiots, but I can see the potential in you. Lemme give you some tips.

Lianzhen: Really? Not many are that lucky to be instructed by Master Zhang!

Zhang Guolao: Show me what you’ve got first!

Zhang Guolao: You’ve been standing here all day long, and you’re shivering like my grandma now! Why don’t you show me your move?

Lianzhen: “Whoa, how can I explain to Master Zhang that I would become frozen whenever someone is staring at me?”

Lianzhen: Master, would you mind looking away so that I can perform the move?

Zhang Guolao: Are you kidding me after all the kind gesture I offered to you? Looks like we’re done here.

Lianzhen: Master, I become stiff whenever I get nervous! Please forgive me!

Zhang Guolao: I see. Why don’t you close your eyes then? You won’t know that I’m watching you if you’re not looking.

Zhang Guolao: Your sense of direction is poor. The flame you ignited wasn’t concentrated at all. Looks like closing your eyes is not working for you.

Zhang Guolao: I guess I’m running out of options except this one. I’ve been avoiding this ‘cause this is indecent. Hmm!

Lianzhen: Master! Thanks for your instruction and your exceptional eye rolling skills! My fire is burning fiercer now!

Zhang Guolao: Quite impressive. Keep going. See you in the future.