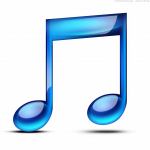 I'm back. Not exactly going back to competitive though, probably just play even more casually than before. I recently SR'd Loki and planning to do so for Thor as well. As for other PRs, Chessia, Iron Fan Lady was PR'd recently,

That being said, the game engine upgrades screwed over my Samsung Galaxy S5 and is now unable to properly run the game. I mean, it still kind works, but it's obviously overheating so much that its screen blanks out and aborts. The optimization is obviously not working on an older phone and I'd rather have Madhead say dropping support for Android 7.0 or lower rather than letting it suffer in hellfire (I mean, 150 degrees Fahrenheit is good, right?).

With no plans of getting a newer phone any time soon, I sadly have to part ways with it again, maybe only logging on occasionally. This is even considering that I somehow got both Light and Dark Yan Xi within only 7 draws from the box.

Oh well, it might be another year before I revisit this game.

Accumulated logon days: 1647 (might not be logging on very often until there's a new phone) Purge button

Leaving this account to rot as I am simply unable to operate two accounts. Although, once 18.0 is released Ophiucus is gonna start breaking the meta again.

Currently not really managing them properly and I'm still working on what cards to actually use.

User:Blueeighthnote/Metagame Analysis (All written before 2018 and are now outdated in 2019)

Retrieved from "https://towerofsaviors.fandom.com/wiki/User:Blueeighthnote?oldid=165989"
Community content is available under CC-BY-SA unless otherwise noted.